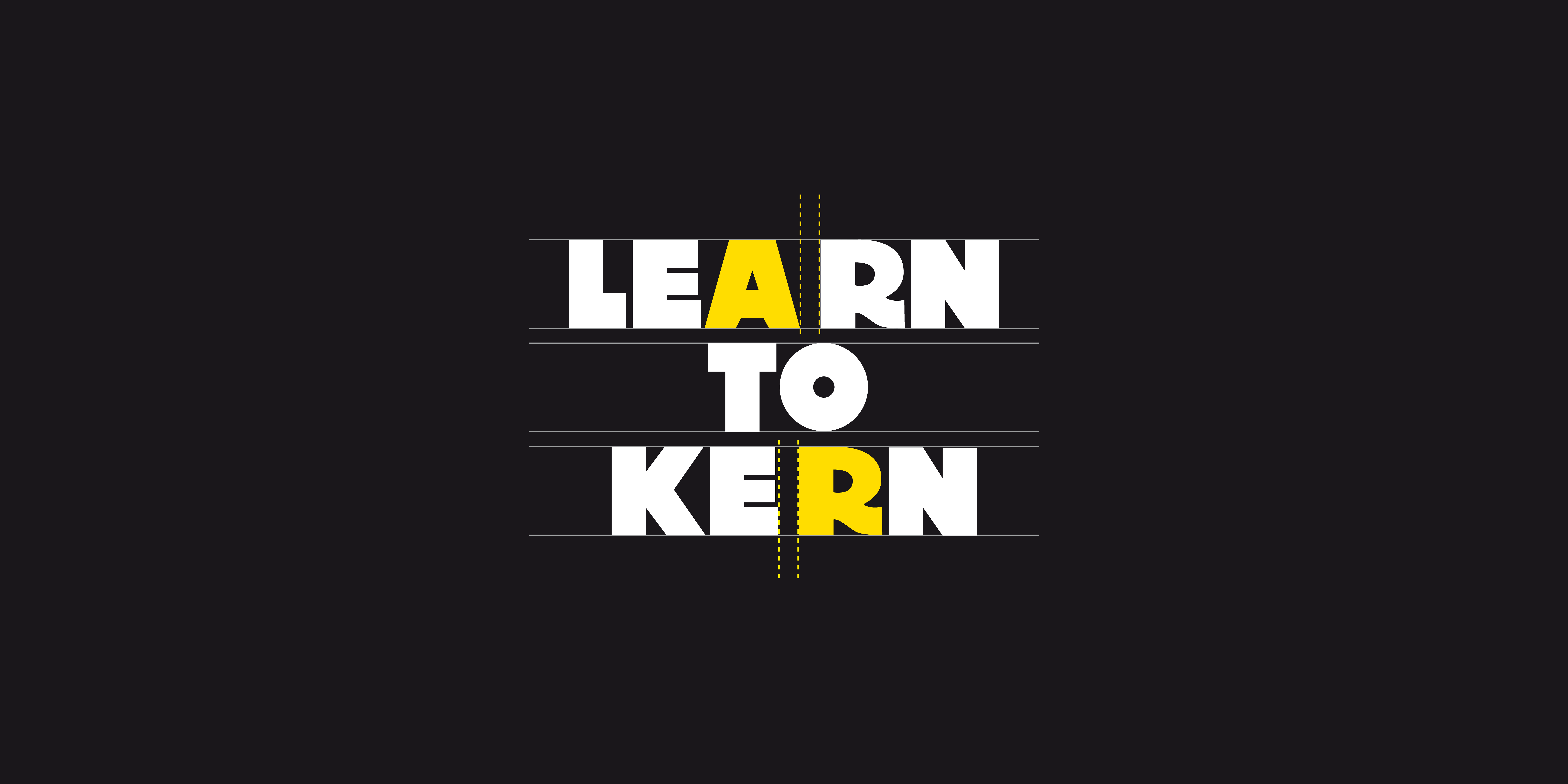 Have you ever looked at the text on a poster or an ad and felt something was not quite right? That’s probably because the kerning of letters was not well executed. Kerning is to adjust the space between two letters, so it doesn’t have big, weird and uneven gaps between them. Kerning done right, makes the letters looking consistent and therefore makes your design look polished.

But why do letters do not have the same amount of space between them? Well, think of each digital letter being in a box. Each letter has space around itself (as each letter has a unique shape). When put next to each other, some letter combinations either get more space or less between them (for example the W and the A). Even though the boxes have the same width. And on top of that the type of the letter also has an influence (thick, thin, slanted etc). So it’s basically a puzzle. The letters need enough space between them, to fit nicely and to be visually consistent.

Design programs usually have a default kerning option (an optical kerning button), however that doesn’t always solve every kerning problem as it works from a mathematical point of view and kerning is actually more of a visual ‘problem’. More or less it’s an optical illusion if you may say as sometimes a letter has the same distance but it still feels it’s too close or too far from the letter next to it. It is therefore best to always check the text yourself before you send your design to a client or a printing office.

‘But how do I check it?’, you may ask. Squint your eyes while scanning the text. It will show you where the gap is too big and manually adjust the spaces where needed. Check your kerning skills at the fun online game Kerntype: https://type.method.ac.

Do you pay attention to kerning and if so, what’s the best trick that helped you make kerning easier?

Close Menu
Manage Cookie Consent
To provide the best experiences, we use technologies like cookies to store and/or access device information. Consenting to these technologies will allow us to process data such as browsing behavior or unique IDs on this site. Not consenting or withdrawing consent, may adversely affect certain features and functions.
Manage options Manage services Manage vendors Read more about these purposes
View preferences
{title} {title} {title}